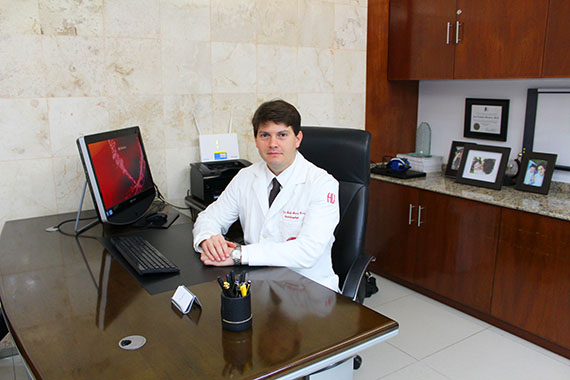 Fellow in Facial and Reconstructive Plastic Surgery in Houston, Texas.

Member of the American Academy of Otorhinolaryngology and Head and Neck Surgery www.entnet.org

Member of the Mexican Society of Rhinology and Facial Surgery A.C.

Doctor Surgeon awarded by the Autonomous University of Yucatán

Best Average in the Internship of Undergraduate in the Regional Hospital # 21 Benito Juárez of the IMSS in 2006.

Distinguished Resident in 2010 at the Dr. José Eleuterio González Hospital of the UANL.

Head of Residents of Otorhinolaryngology and Head and Neck Surgery in 2010 of the Univsersitario Hospital Dr. José Eleuterio González of the UANL.

First place in free work for the thesis “Epidemiological study of Benign Paroxysmal Postural Vertigo” in 2006.

First place for the thesis “Endoscopic features under sedation in patients with sleep apnea and primary snorer” at the Congress of the Fesormex in 2011.

University of Texas at Houston.